If you’ve ever served your nation as a member of the military or served your community as a first responder, you may have heard the acronym, “ATAK.” Interestingly enough, depending on which of those communities you were a member of, that acronym could stand for something different. In the military, it stands for “Android Tactical Assault Kit.” In the civilian world, it stands for, “Android Team Awareness Kit.”

Regardless of what name it goes by, ATAK is a shining example of government innovation solving a major problem — increasing situational awareness.

What exactly is the ATAK? Why do we need it? Let’s take a closer look.

The history and capabilities of ATAK

Although it was originally created for the military, ATAK currently has a user base that extends well outside of the U.S. Department of Defense (DoD). According to the Air Force Research Laboratory (AFRL), which pioneered ATAK, a version of the application is used in non-military operations such as law enforcement, event security, forest fires, or hurricanes. Today, the application has 40,000 Department of Defense (DoD) users – including users representing the Air Force, Army, Special Operations, National Guard, the Departments of Justice (DOJ), and Department of Homeland Security (DHS) – as well as 32,000 nonfederal users, and 100 licensees. 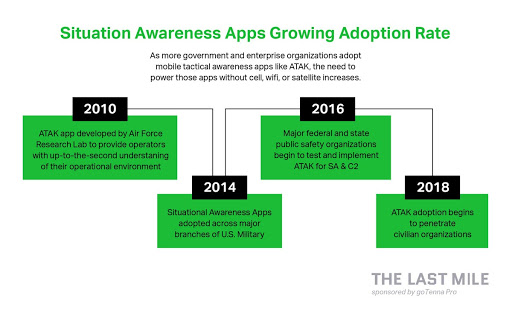 This increased demand for ATAK from outside of the DoD has led to a proliferation of new versions that tailor the application to the user and their device. 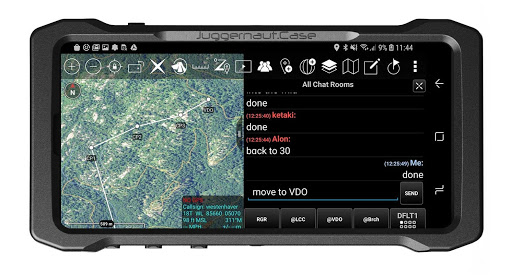 Using ATAK on a smartphone or tablet 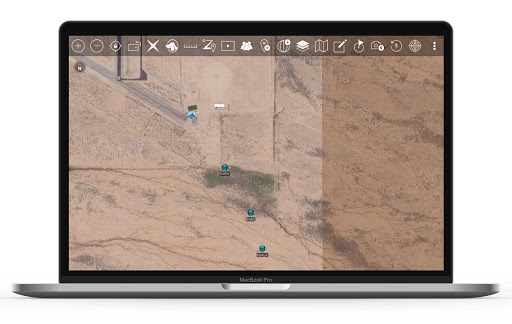 Using ATAK on a desktop or laptop computer

The AFRL Information Directorate technical team developed the ATAK application’s key functionality, which enables devices to provide improved situational awareness down, while also improving command and control capabilities for operations. How does it accomplish that? With a very interesting and useful capability set that includes:

According to the AFRL:

“Using ATAK, operators can view the location of other operators and potential hazards, a major advantage over only relying on hand-held radio transmissions for communications and awareness. ATAK can be downloaded to a phone, tablet, or handheld device. It can be projected onto a large screen in a conference room, attached to an operator’s forearm, thigh, or chest for hands-free use. This technology informs users with up-to-the-second situational awareness that becomes critical in high-stress, hazardous environments.”

Because of what it does and what it enables, ATAK has benefits for any organization that needs to keep track of deployed personnel. But what if those personnel are off-the-grid?

Creating a network layer for ATAK

Many of the use cases and examples that I’ve provided for ATAK involved individuals that often have to operate in austere environments. Warfighters are often deployed in areas with no available terrestrial communications infrastructure. First responders and emergency personnel often have to respond and operate in places where the communications infrastructure has been denied or compromised. So, how do they utilize ATAK?

All told, all of the ATAK features mentioned above can be delivered to smartphones via mobile mesh networks.

Keeping up with ATAK

One of the most exciting aspects of ATAK is its relative open-source nature and the fact that it’s always being improved and expanded upon. There is an entire, active community of application developers in the military and with defense contractors that are innovating new features and capabilities for the service and releasing them as plug-ins. There are also new releases and versions of ATAK coming out constantly, delivering an improved feature set and experience for users.

While it may seem overwhelming to keep up with the different versions of ATAK and the ecosystem of plug-ins available for the application, there are some helpful resources available online that can make things easier. First, navigate to our article about four of the most useful plug-ins currently available to ATAK users. Then, click through to some of these ATAK communities for even more insight and information:

What can ATAK deliver in the last mile? It’s limited only by imagination and innovation. 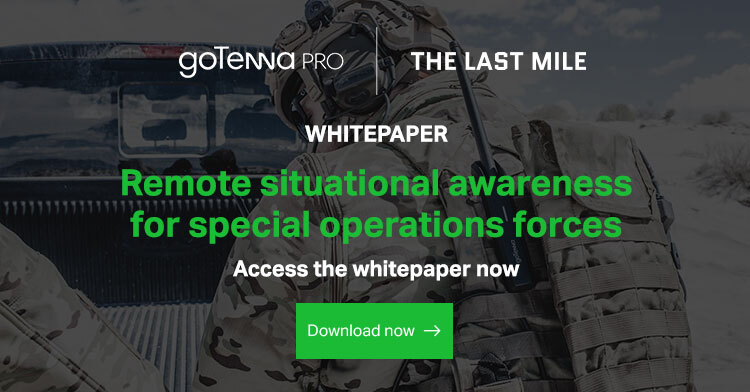 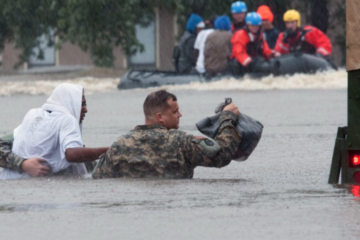 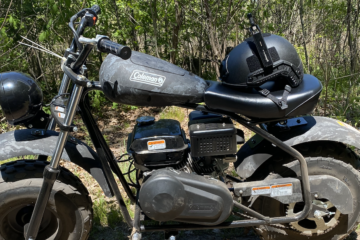