The military is perpetually innovating new ways to increase soldier survivability and lethality. It’s what drives much of their investment into new military platforms, weapons systems, and other tools for the warfighter. And one of the areas where the military is focusing much of its efforts is on outfitting what they call the hyper-enabled operator.

What is a hyper-enabled operator? It’s an individual warfighter equipped with advanced communications, data, and computing tools that increase situational awareness, provide essential information in the field, and make communication easier and more effective between units. Many times, providing this “cognitive” edge is as simple as borrowing the playbook from consumer technology, where a number of important services and tools are easily accessible from the smartphones already in our pockets.

In previous articles on The Last Mile, we’ve taken deep dives into the role that new mobile applications like ATAK can play in the most complex operating environments. We’ve looked at how this app is supporting everything to close air support to reconnaissance and land navigation, and helping all kinds of teams operate more quickly and effectively. We’ve also detailed how military forces are coupling ATAK with low-bandwidth mobile mesh networking communications devices in order to enable off-grid capabilities where terrestrial networks are denied, unavailable, or untrusted.

Now, I’d like to take a look at three often-overlooked reasons why these same tools — ATAK and low-bandwidth mobile mesh networking solutions — are essential for the hyper-enabled operators of the future.

Lightening the load for special operations forces
Special operations forces often have to weigh functionality and capability against bulk, weight, and cumbersomeness. These forces need to operate quickly, efficiently, and stealthily. Heavy equipment or even excessive cabling is often a detriment that gets in the way of their mobility.

In fact, special operators will often choose to leave some gear back at base if it weighs them down too much — even equipment that would otherwise be mission-enhancing. This is an area where small, lightweight mobile mesh networking devices and ATAK can be a solution.

For example, mobile mesh networking devices like goTenna Pro X weigh less than 3 ounces and easily fit inside a pocket or attach to a MOLLE rig. The interface to an end user’s smartphone or tablet can be completely wireless using a Bluetooth connection, or a single USB tether cable. This kind of plug-and-play setup doesn’t encumber an operator’s kit or weigh them down like typical tactical-grade communications tools.

Easy coordination with coalition forces
In today’s global battlefield, you won’t just find Americans and their adversaries each divided by a perfect, identifiable “line.” Chances are, you’re going to find Americans working hand-in-hand with Iraqi forces, Afghan forces, Kurdish and Syrian military units, and other coalition and allied forces all over the battlefield. Not all of these partner nation forces have access to the same communications solutions and technologies, and that can make interoperability difficult.

While these forces may not have issued military-grade radios — or even access to the ATAK application, they most likely have smartphones. And in those situations, a mesh networking communications device like goTenna Pro X is also incredibly beneficial. The company’s native goTenna Pro situational awareness app provides similar messaging, mapping, and location tracking capabilities to ATAK. Forces without access to ATAK can still be connected with their own teammates, as well as US personnel who could be using both apps — for a full picture of the battlefield — at once.

Concealed carry for low visibility
Sometimes it’s better to not be seen, or at least noticed. Often, certain situations require that special forces personnel wear civilian clothes and blend in with the people around them. This can be for a multitude of reasons — from military and intelligence operations to something as simple as personnel safety and accountability.

But it’s not just military forces that may want a situational awareness tool available to them without calling much attention to themselves. Government employees and security personnel stationed around the globe can benefit from sharing their real-time location with their peers during regular patrol around an embassy or other low-visibility operations.

In these instances, it’s better to have communications tools that can be concealed in civilian clothes and not stick out like a sore thumb. Again, the small size of a device like goTenna Pro X comes into play. The devices are small enough to fit into a pocket or wear under a thin layer of clothing. They interface with any iOS or Android device, which makes off-grid inter-team communication rather inconspicuous to those around you.

As the military continues to invest in new and advanced technologies, the vision of the hyper-enabled operator will become more and more of a reality. However, low-bandwidth mobile mesh networking devices and the ATAK app are already meeting our needs for enhanced situational awareness today — without creating a significant equipment burden for the warfighter. 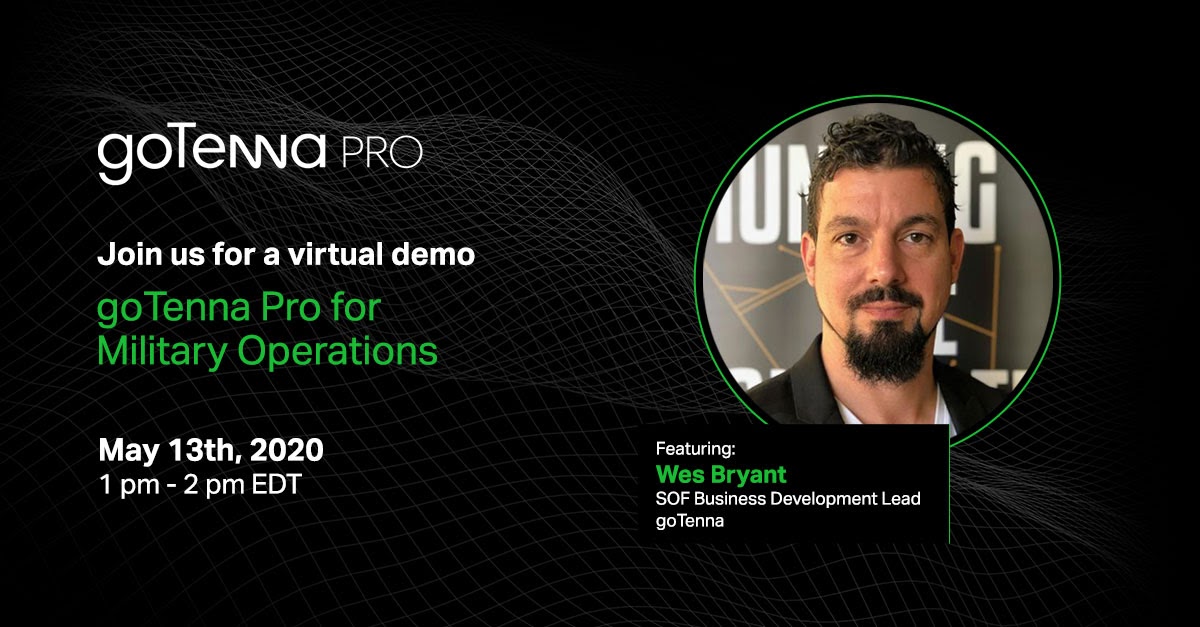 Wes J. Bryant is the special operations forces business development lead at goTenna. He is co-author of the book Hunting the Caliphate: America’s War on ISIS and the Dawn of the Strike Cell—a first-person account of the campaign against ISIS. In addition to business development, he is an independent speaker and media contributor in the realms of defense and foreign policy, the war on terror, and veterans advocacy. 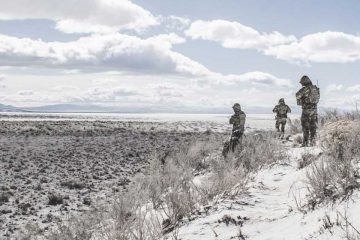 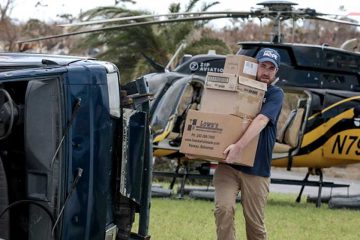 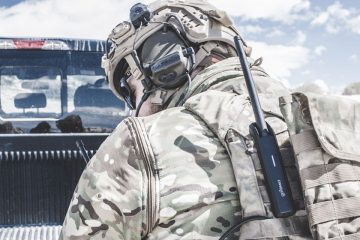