This past June, I traveled to Alaska to conduct a product demonstration for the Army utilizing our goTenna Pro X mobile mesh networking solution. However, instead of simply showing the product to the Army and highlighting its capabilities and functions, they decided they wanted to see it in action for land navigation. This led to us conducting a mock reconnaissance (recon) mission.

Much like in a real-world recon mission, the team was deployed to a specific area to gather information about the surrounding environment and acquire intelligence about a number of specified points of interest. Instead of the traditional tools that these airborne Army soldiers would carry — including pre-plotted maps and compasses — they were sent into the field with a mobile mesh networking device paired to an Android smartphone with the ATAK application.

Most Army reconnaissance units operate in a similar manner — the unit leaves their starting point with a list of points of interest to surveil and plans to share pertinent information with each other and senior leaders upon their return. In some instances, the process of finding the points of interest at the designated coordinates can be time consuming to say the least. But it doesn’t have to be, as our team in Alaska showed. Using ATAK, the situational awareness application developed by the Air Force Research Laboratory, the process was shortened and streamlined significantly.

Utilizing physical maps and compasses, similar recon missions could take upwards of six hours. However, with ATAK, this mission was reduced to just two. How is that possible? Let’s take a more detailed look at the different ways that ATAK can improve land navigation for the Army and make every mission more efficient.

The benefits of ATAK for reconnaissance

As teams prepare for recon missions, their first task is planning. They need to establish the points of interest, plot them on maps, and establish the trajectory of the reconnaissance. The creation of multiple, physical maps is a relatively slow one. Each individual — of which there can be 20-30 — needs their own map with all of the points of interest mapped, which means that 20-30 physical maps need to be created.

With ATAK, this is all done digitally. A single digital map is created with all of the points mapped and other important data and information included. That single map or map overlay is then pushed digitally to the Android smart devices of each of the members of the recon team. This may not seem like a huge difference, but it can shave essential and valuable minutes off of the mission planning process — getting warfighters and recon personnel into the field in a more expedient fashion.

But the benefits don’t end when the team is preparing to deploy — they follow them into the field.

ATAK can be invaluable in identifying the best route between multiple points of interest. In the past, when relying on physical maps and compasses, recon teams may have found themselves traveling in a suboptimal fashion — sometimes going out of their way, doubling back or taking a route that wasn’t the fastest or shortest distance. Often, they wouldn’t perform recon at points of interest in the optimal order, or they would be hesitant to split up for fear of losing each other.

ATAK solves many of those challenges. Utilizing ATAK, recon teams can more easily plot a path from point-to-point that is efficient, reduces unnecessary travel, and ensures they’re not wasting steps. ATAK also allows them to see where each of their teammates is physically located on the map and share important situational awareness data on a map. Utilizing ATAK, team members can show each other their physical locations, leave alerts, and important locational markers for each other — such as the location of an ambush — and even communicate with each other via text-based messages.

By optimizing the path traveled and enabling better situational awareness, ATAK was able to shave four hours off of the usual time needed to complete the sample mission in our product demonstration. This effectively reduced the amount of time needed to gather important intelligence and saved valuable energy for Army personnel.

Finally, ATAK can benefit senior leaders and provide access to important intelligence from recon missions more quickly and effectively. Should the devices being used in theater be connected via terrestrial network or satellite, the same information visible among the deployed team can be visible to senior leaders practically anywhere on the planet. This means that important information — such as enemy ambushes or troop movements can effectively be shared in real time — making all intelligence gathered by the recon tams more timely, topical, and valuable to Army senior leaders.

But if all of these benefits result from ATAK, what role did goTenna’s mobile mesh networking solutions play?

Many of the locations that our military operates are without terrestrial networks. Or, the terrestrial networks that do exist are either denied or untrusted. In this off-grid environment, there is no connectivity for the smart devices being carried by deployed troops and recon teams, and ATAK is limited in its capability to share information and increase situational awareness across a team.

The way that mobile mesh networking works — bouncing a signal from node to node with each receiving and rebroadcasting it — makes it possible for ATAK to function on a team’s smart devices regardless of whether they have access to a terrestrial or satellite network or not. This ensures that our military can utilize ATAK — and get all of its benefits for land navigation, communication, and situational awareness — even in the most austere environments.

Even better, with the advancements of other new technologies, including 3D mapping applications such as those being offered by companies like TRX Solutions, the ability to utilize ATAK can even be available in environments and scenarios where established and relied-upon PNT solutions, such as GPS, have been denied. These applications geolocate sensor data and track personnel even in places where GPS is unavailable — including indoors.

The fact is, the combination of mobile mesh networking, ATAK, and other technologies simply make the Army more efficient. They streamline missions, eliminate unnecessary steps, and save fuel and energy in vehicle and troop movements — which is essential when you consider how much weight each warfighter carries. And, while these technologies may never fully replace paper maps and compasses, they’re more familiar to a new generation of soldier that has grown up in a world with Google Maps and Waze.

Our product demonstration was truly eye opening. Together, ATAK, mobile mesh networking, and other advanced technologies bring land navigation into this century, and that can make a massive difference in troop movements, intelligence gathering, and the speed in which information makes it from theater to command. 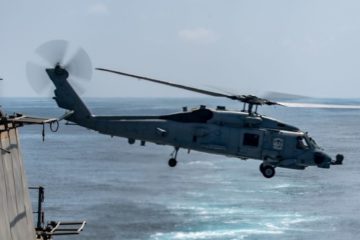 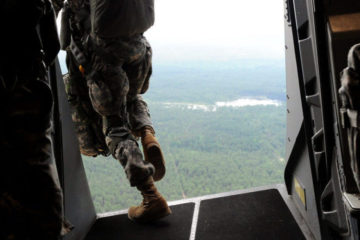 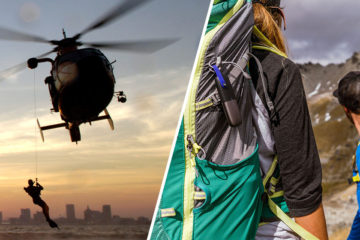