Why off-grid comms are critical to keeping CBP operators safe

Digital transformation has been a leading trend across the federal government and military for the better part of the past decade. These digital transformation initiatives have resulted in an increased reliance on network-connected and network-enabled systems, applications, and platforms – making connectivity even more important and necessary for government organizations and tactical operators today.

Ari Schuler, the recently appointed Chief Operations Officer (COO) at goTenna, knows the importance of disruptive technologies, connectivity, and communications better than most. Prior to joining the company, he worked with U.S. Customs and Border Protection (CBP), where he was instrumental in the establishment of the CBP Innovation Team (CBP INVNT), “…a Silicon Valley-style entity focused on identifying, maturing, piloting, and deploying commercial and disruptive technologies into operations.”

Under his guidance and leadership, CBP INVNT, made more than two dozen investments in technologies and successfully transitioned five capabilities into operational use in just two years.

A veteran of both the public and private sector, Ari understands the important role that innovative commercial technologies can play in the missions of the government agencies tasked with keeping Americans secure and safe. We recently sat down with him to get his insights on the importance of connectivity and communications on today’s modern CBP, the role that he feels mobile mesh networking can play across the government, and what attracted him to goTenna.

Here is what Ari shared with us: 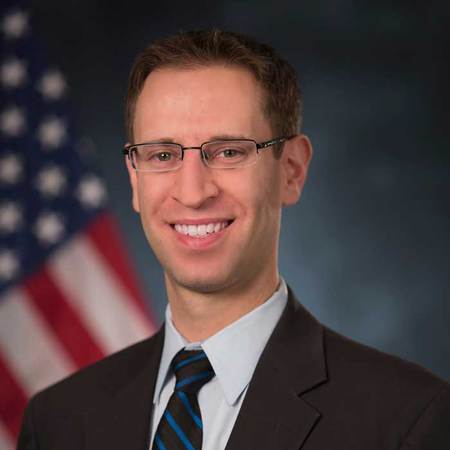 The Last Mile (TLM): Can you tell our readers a bit about your personal background, including the work that you did when you were with CBP?

Ari Schuler: My career has spanned both industry and government. Before I started with the government in 2011, I worked at a startup called Raydiance where I was doing a job that’s very similar to my job now – maturing a cutting-edge technology with interesting applications and use cases.

With Raydiance, we were developing a laser solution that had applications within the biomedical, defense, and manufacturing industries. Today, I’m doing something similar with goTenna’s mobile mesh networking solution, which has immense potential for government applications. While I really enjoyed working with Raydiance on maturing and marketing their technology, I wanted to give back to the nation.

The September 11th attacks happened when I was in college and it left a mark on me. Ten years after those attacks, in 2011, I was presented with the opportunity to join the Department of Homeland Security (DHS) working for Under Secretary Tara O’Toole, who was a friend and a mentor to me.

I really enjoyed my time working with the DHS Science and Technology Directorate (S&T) and later the CBP Innovation Team – which was established at the direction of former Commissioner Kevin McAleenan – because I was working to identify and acquire technologies that made operators safer. Finding the best technologies and solutions to meet the needs of the people who are constantly put in dangerous situations was incredibly rewarding.

TLM: How big of a job does CBP have? Why is it so difficult to protect our borders?

People might not realize this, but CBP has many different jobs and responsibilities. In addition to managing traffic across our borders and stopping the flow of illegal narcotics into our country, CBP officials are also responsible for rescuing asylum seekers entering our country and even contributing to search and rescue efforts that are taking place in the area around our borders.

Whether these people in need have been injured during a hike, or attacked by a bad actor, the brave men and women of CBP are there to rescue them every day.

TLM: What communications challenges are facing CBP at the border? What problems does this create?

Ari Schuler: CBP has 5,000 miles of northern border, 3,000 miles of southern border, and over 10,000 miles of coastline to cover. While we’ve grown accustomed to the full cellular coverage that’s available across much of our country, CBP officials are frequently operating in places where there may be no communications infrastructure at all.

Without communications, you’re introducing a huge level of risk – not only to the operator, but also to the people that the operator interacts with. For example, if a sensor goes off and we identify that there are four people in a border zone with weapons, we need to share that information with the operators that will encounter them. If we can’t communicate that in a timely fashion, you’re putting those operators in a much more dangerous situation.

TLM: In your experience, what role could mobile mesh networking play in connecting CBP agents?

Ari Schuler: What’s most exciting about mobile mesh networking is that it solves the problem of delivering communications to the edge – the last mile. And it does so at a low cost to the government and taxpayer.

By using a mobile mesh networking solution, such as the goTenna Pro X, CBP officials can access location tracking, text messaging, emergency beacons and other capabilities. This means that operators can access the most vital information and can relay important information back to the operations center so that they can make decisions based on data.

TLM: How useful could mobile mesh be in the field? How could you anticipate it being used?

Ari Schuler: CBP already has goTenna Pro X deployed in the field and one of the ways the product is making a difference is by extending connectivity to dangerous places where connectivity is not available. For example, you may have a hilltop where you do have a cellular connection, but a ravine under it that is a hotbed of smuggling activity that has no cellular network connectivity. CBP can utilize goTenna to bridge connectivity to that comms-denied area that may have previously been dangerous to operate in.

Aside from enabling communications, I could see mobile mesh being useful for IoT programs and initiatives. For example, CBP wants to deploy lots of interesting sensors along the border that can increase situational awareness and help keep everyone safe. These sensors would ensure that operators know what they’re getting into and can engage in the lowest-conflict way possible.

“The most important information in emergency and disaster response situations is the location and status of your officers. You need to know where they are and if they’re encountering an issue. You should always be able to share that data whether they’re on or off the grid. Mobile mesh can ensure that…” – Ari Schuler

But that sensor data has to be backhauled. You could accomplish that by putting a SIM card in every sensor, but that would become prohibitively expensive very quickly.

There’s a huge opportunity to use mobile mesh for backhaul on low-data sensors and sensors with edge computing power that can interpret the data and only send what’s relevant– effectively turning them into low-data sensors. For example, edge computing could effectively turn a large data file from a camera – pictures or video – into a simple text translation of what the camera saw.

If what the camera sees is just an animal, it can be ignored. If it sees a person, agents can be sent in to check it out. This not only makes CBP more efficient and effective, but also does so without amassing large, recurring costs for the agency.

TLM: What other government use cases do you see for mobile mesh here in the U.S.?

Ari Schuler: Redundancy is something that we take for granted. We assume that we’ll have 4G or 5G cellular connectivity available at all times. But when something bad happens – like a cell tower goes down because of an external event, or a massive event like the Super Bowl overwhelms local networks – those networks become unreliable.

If you’re simply using those networks to share photos with friends or find a restaurant for dinner, it’s an inconvenience. But, if you’re carrying out lifesaving rescue missions, that loss of connectivity can have a significant impact on the outcome.

The most important information in emergency and disaster response situations is the location and status of your officers. You need to know where they are and if they’re encountering an issue. You should always be able to share that data whether they’re on or off the grid. Mobile mesh can ensure that – even when existing comms and networks are denied – that information is available.

TLM: Can you tell our readers about your new role at goTenna? Why were you interested in joining this company, in particular?

Ari Schuler: I’m joining goTenna as Chief Operating Officer, which means that I will share responsibility for our product roadmap, go-to-market strategy, and customer engagements with our CEO.

What I’m most excited about with this role is that this is a technology of consequence. This is something that unequivocally makes people safer. Whether it’s helping someone who is hiking off the grid, or it’s someone in public safety carrying out their mission, having a goTenna on-hand makes them safer. That’s incredibly exciting to me.

How mesh networks can keep rural hospitals from overcrowding during COVID 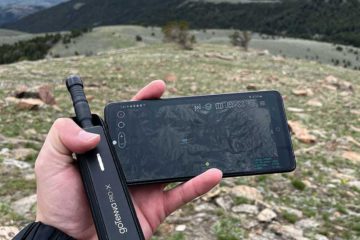 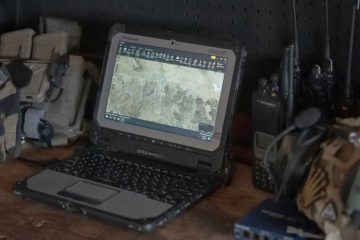 Why off-grid comms are critical to keeping CBP operators safe