In my last article on The Last Mile, I looked at the unique communications challenges that exist at the northern border between the U.S. and Canada, which is increasingly important right now with the border closed due to the coronavirus pandemic. But it’s not the only border in need of protection in the current situation. In fact, the Pentagon is about to send more than 500 troops to the southern border to address an increased demand signal there that’s a direct result of the pandemic.

The southern border between the United States and Mexico spans almost 2,000 miles. Federal, state, and local border security personnel have the difficult task of securing the border and patrolling upwards of 100 miles around it. And when tactical units are deployed to apprehend human traffickers or drug smugglers, their missions require a precise, real-time understanding of the terrain. In any instance, keeping those field agents connected and aware is particularly difficult with traditional communications tools.

Not all of the southern border is surrounded by large cities like San Diego. Much of it is surrounded by harsh, inhospitable terrain that features significant elevation changes and few cell towers. The border — and much of the land around it — is very much off the grid. The permanent radio and cellular towers that are present in many of these locations fall prey to extreme conditions and environmental factors that can impact their functionality. And now there’s even more concern that the communications that do exist along the border are being degraded by Mexican wireless networks operating out of Ciudad Juarez.

To assist with communications, situational awareness, and monitoring in the more remote locations of the country’s southern border, border security organizations have frequently turned to a myriad of patched-together, commercial off-the-shelf communications and surveillance solutions. Often, this means communication via traditional voice radio. But that can create problems for border security personnel.

No landmarks, no stealth
In most environments, such as an urban or suburban environment, it’s relatively easy to communicate where you are to others. You can share coordinates, sure, but it’s faster and easier to use a system that we’ve been using since childhood — navigation by landmarks.

As illustrated by children that “meet during recess by the big oak tree,” landmarks are an effective way to communicate your location to others when verbal communication is all that’s available. However, there are very few unique landmarks in much of the harsh desert environment surrounding the border.

Now, imagine that a border security agent needs immediate help because they’ve been injured. Remember that in these environments, cellular signals and other terrestrial networks are not an option. With just a voice radio, all they can do is share coordinates and hope that help can identify, map, and travel to their location quickly.

Effectively, their only option could be radioing in a landmark, such as “By the big cactus and in need of assistance.”

Then there’s the issue of stealth. The very nature of verbal communications — they’re spoken out loud — can create problems for border security personnel. There are a number of reasons why a tactical team might not want to give away their presence and location to others in their immediate vicinity. In those situations, having to speak through a radio to other agents or dispatchers to convey their location and situation is less than ideal.

With no cellular or WiFi networks available to enable situational awareness and nonverbal forms of communication, those responsible for patrolling the border need to get innovative to find a solution.

Mobile mesh networks on the border
With mobile mesh networking solutions, such as goTenna Pro, there is no need for terrestrial or centralized networks. Instead, each individual device or node receives and then retransmits a signal, making it possible to keep all agents in an area connected. This can allow agents to utilize applications such as ATAK, which will enable them to see each other’s physical locations on a map and communicate nonverbally through text.

Let’s look at those previous scenarios that we discussed, but with goTenna mobile mesh networking solutions and ATAK available to the agents involved.

In those instances where stealth is necessary — such as when tracking human traffickers or drug smugglers and agents want to avoid giving away their location — they can use the text messaging capabilities of ATAK to communicate nonverbally to other agents, dispatchers or superiors. This means that everyone can know what’s going on, everyone has situational awareness and nobody in their vicinity has to know that they’re there.

The stealth of the unit is also protected by the “short burst” nature of goTenna’s mobile mesh networking transmissions. Drug smugglers and human traffickers are increasingly sophisticated in their techniques and tools. Today, it’s not unheard of for them to utilize frequency scanners and RF signal detectors to identify the cellular signals and subsequently, the presence of border security personnel. goTenna’s mobile mesh networking solution utilizes only short bursts of communication, making it harder to identify the presence of mobile devices and the individuals carrying them.

And, while all of these benefits of mobile mesh networking are great, they can be even greater. If just one mobile mesh networking device is connected to a terrestrial or satellite network, it can backhaul offline data from the rest of the team. This gives command posts a better operational picture down to the individual agent.

Border security personnel spend much of their time patrolling and monitoring areas that are off the grid. While voice radios can deliver some communications and situational awareness to these law enforcement officers, it’s not always the most ideal — especially considering the terrain and the sensitive nature of their work. Mobile mesh networking can deliver the communications and situational awareness that they need and can do so at just a small fraction of the cost of traditional solutions. 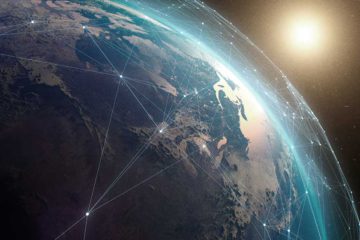 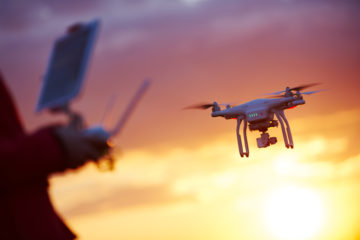 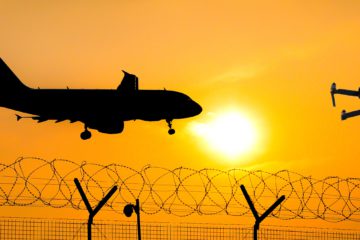